As an artist I use a variety of forms of art. For about six months now, I’m experimenting with digital collage. I already create collage and mixed media pieces from more “traditional” materials, but one day I thought that since I use art photography, why not create digital collage pieces as well!? And I did.

This one is my newest creation. Fresh, “from the oven”, is a piece I created a few hours ago.

Woke up really early today. And my mind woke up too, so couldn’t fall asleep again. I started going through Facebook posts.

First,  I ended up watching a video about an Auschwitz survivor that managed to forgive the doctors that took part in the killings and the experiments there. Everything that Hitler and his people did is unthinkable and monstrous. And the sadest thing of all is that today, there are still people who believe in his philosophy, his opinions, who hate, who prefer turning against others who are different than them.

Then, I continued reading an article about the American student who was imprisoned in North Korea and then died. Well, North Korea is definitely one of the places that seems unthinkable that exists in 2017, but another thing about this story that keeps bothering me is why did this student had to steal something from a state known for its cruelty.

The third post I came across (and stayed to study it) was about rape victims and reactions and words by people and police, that they had to deal with. Rape is not the fault of the victim, doesn’t have to do with the clothes you’re wearing, when you say no you mean it; it’s not a game to excite the other person. The shame that follows rape victims makes me so angry every time I think about it!

So, this is how my day started. And I started thinking “in what kind of world do we live in?!”.

There’s so much hate and violence and need for power, ruling the world for decades now…! And all these still going strong and probably will continue to do so…

My second question is “what can we do for this?!”.

It’s been quite some time since the last time I posted a poem (practically about a year, back then the “microcosm” was at a different address).

I wanted it to be of free (almost abstract) form. A comment about all those moments that you lose your faith in humanity and life…. 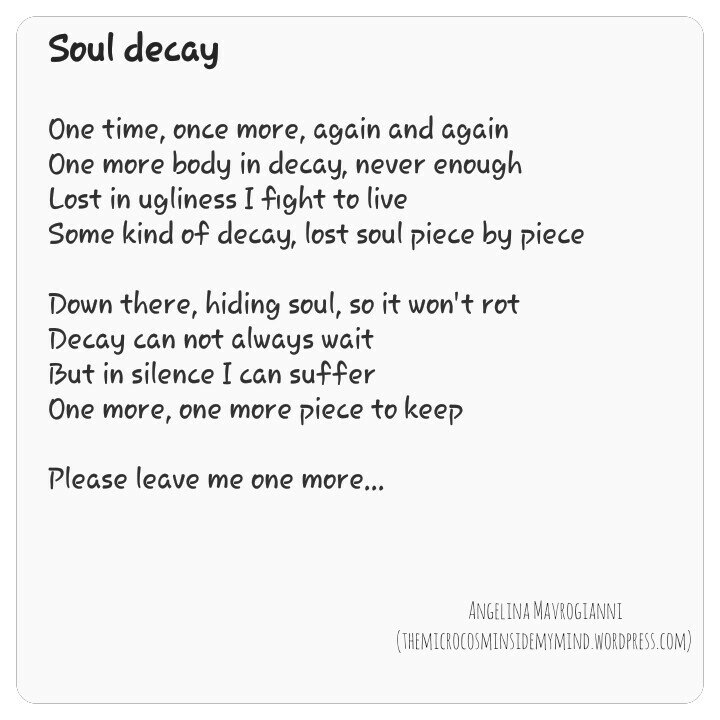 Since the first session I had with my therapist, she noticed that apart from the problems that were created by my OCD, it also helped me in my life, to have a system, to create. In the past, before going into therapy, I had similar thoughts.

Back then I only believed I might have Obsessive Compulsive Disorder. Having all the compulsions in my daily life, sometimes I was thinking “what I would do if they would go away at some point, I was used to them, living with them”.

So, my therapist was right. And, from the start, the plan of my therapy was to keep a part of my compulsions. I ended up cooperating with my disorder, and this really helps me.

I’ve found an ideal place of cooperation with my OCD, while trying (daily) to overcome, little by little, my obsessions and compulsions.

At this point I’ve managed to have two or three mini-victories over my anxiety, daily. I have started feeling “normal” (having an OCD-free daily life), a feeling that I basically never knew, since I I’ve had OCD my whole adult life.
Living with OCD, but by having it under control… and cooperation is the key. 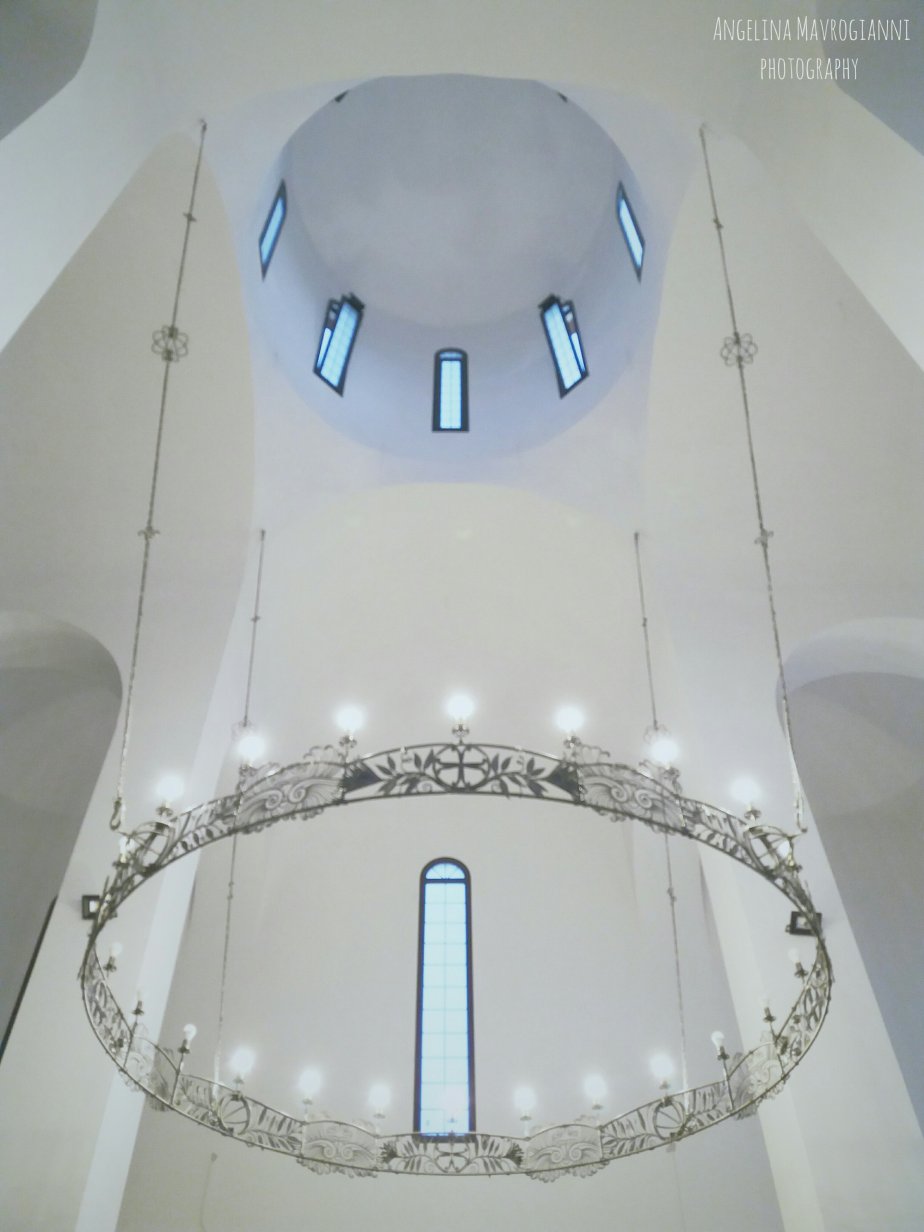 (the interior of a Russian church in Greece)

It’s been a while (one month and a half).

Well, life happens. And it takes time to turn things into words. Yes it does.

If someone asked me right now what happened in my life the last year and a half I would answer “Life”. And life goes hand by hand with time.

This year and a half…. I thought it was time to go, and then it was time to fight for all the time I had lost, and then life told me “you know, it’s time to grow up”, and I did, and then time kept testing me for a while, and I passed all the tests, “time will tell” they say (and time did tell), and now….

Now I keep learning about time. It goes only one way, and you adapt to survive or you end up swirling in time, but if you go with the flow of minutes passing, you can be free; to swim through time, until the end of it.